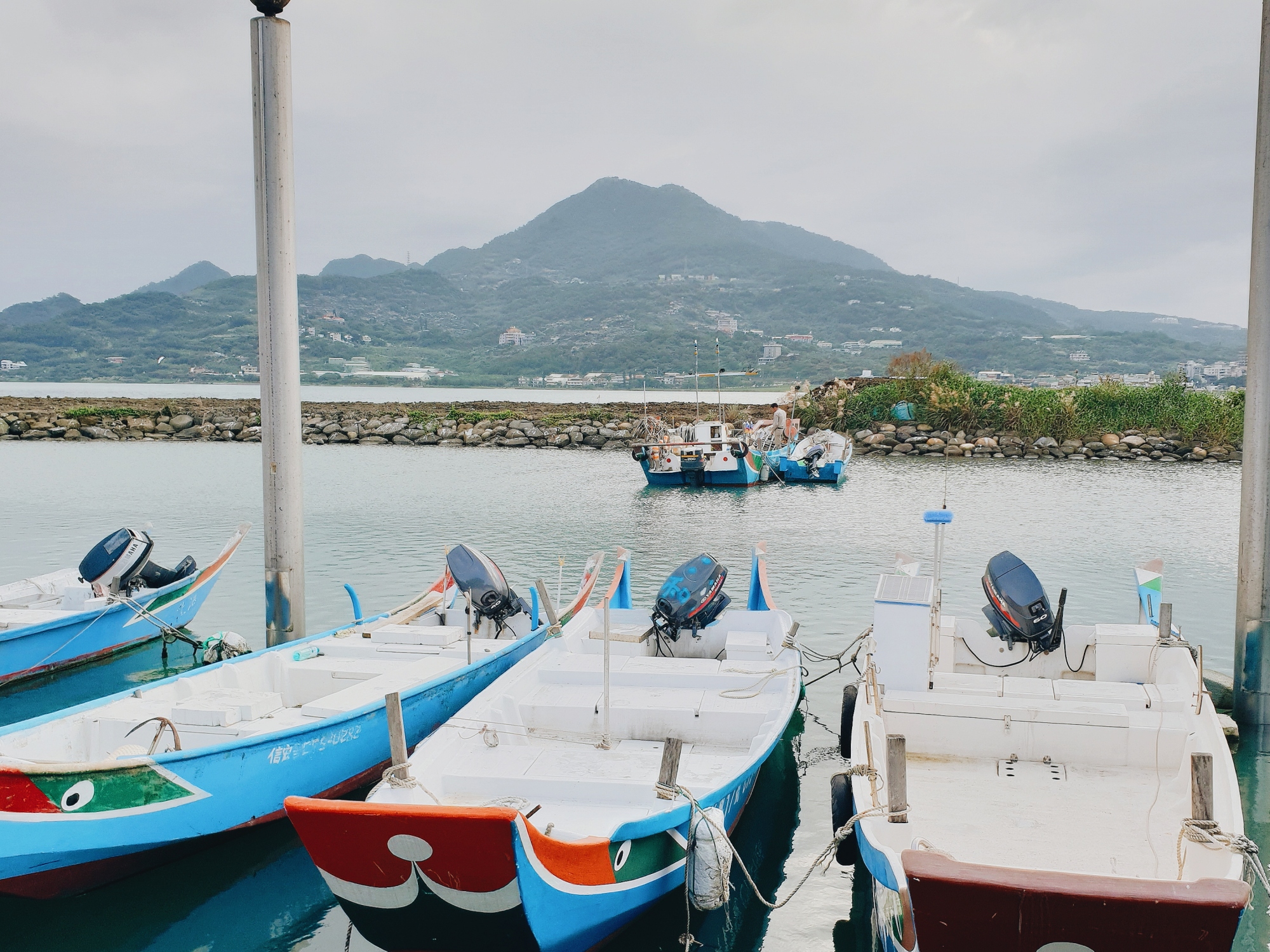 Since we didn’t get to try Din Tai Fung the day before, we made it the first thing in our to-do list for our second day. We didn’t need to go all the way back to Taipei101 since there was a closer branch in the Sogo in Zhongxiao Fuxing. There was a queue when we got here but they had a great numbering system. Different numbers were given to people in groups of 1 and 2s, 3s, etc. so that it’s quicker.

The food in Din Tai Fung was delicious! We had xiao long bao, dumplings, noodles, and pork buns. I was really happy with the food. Compared to Rilakkuma cafe, the food here is cheaper ranging from NTD 100-200 per meal.

We didn’t push through with our original plans and we were looking for places to go, and we ended up going to Tamsui. Tamsui is at the end of the red line of the train station and it was about an hour ride away. I was a bit amazed at that because I don’t think I’ve been to anywhere whose public transport goes beyond the city at such a cheap price! I don’t think the fare going there even reached NTD 50.

When you get to Tamsui, it’s already the sea in front of you. It was very chilly. I wanted to go see the old British Consulate which was a little far from the station. We walked and looked around, enjoying the breeze and the view.  There were so many street performers and street food being sold which made the walk more enjoyable.

Apparently the old British Consulate was in the Fort San Domingo compound. The entrance was NTD 80 which we were able to pay with our Fun Pass.

The place was big and interesting. They preserved the furniture and objects inside, most especially in the kitchen. We didn’t get a tour so we just walked around and looked. It was still early when we finished so we could still go to the Tamsui Wharf/Lover’s Bridge. It’s a little far walk from where we were and there didn’t seem much taxis around. However Google Maps is so reliable in this country even in public transportation because it tells you exactly which bus you’re supposed to ride and where do you get off.

It was such a pretty view. I could easily spend a huge chunk of my time in there just basking in the view. We left just about it’s dark. We took the same bus and got off at the train station.

We got off at Shilin Night Market for dinner. Everyone recommended the night markets to me for the street food. Shilin was quite overwhelming! There’s so many things to see, so many routes to go, and so many people.

Taiwan knows their food well. The food in the street markets were much cheaper going at NTD 50-100 range. We also had a pork bun along the way and it was only NTD 35, I think. Despite the cheap prices of food, they don’t skimp on the ingredients. We passed by other really delicious looking food around Shilin night market and so many milk tea choices!